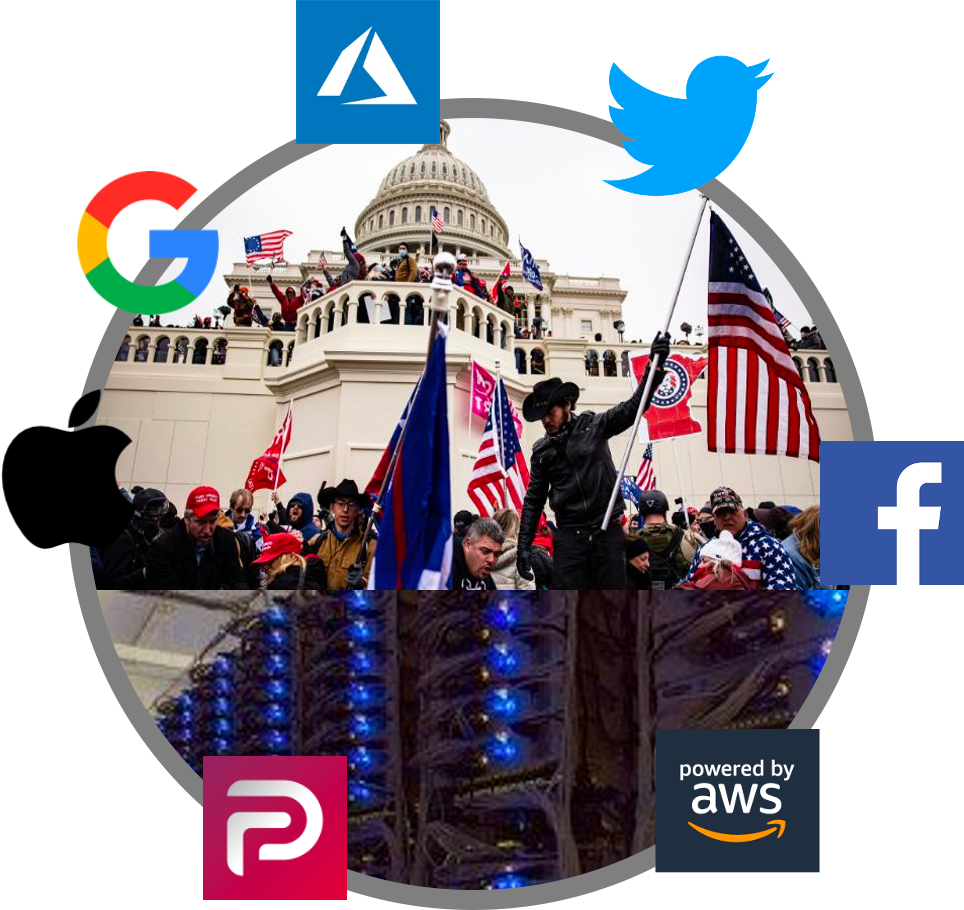 But as a technologist, I have a problem with leaving it in the hands of the corporations. Twitter has banned Donald Trump’s Twitter account. Facebook has 'suspended' it indefinitely. Google and Apple have removed Parler from their mobile device stores, and now, AWS, the cloud hosting for well over a third of everything on the Internet, AWS has suspended Parler’s ability to host.

The reason that these companies are able to suspend the President of the United States’ accounts and remove entire platforms is because of a 'violation of terms of service.' Now I put that in quotes in part because those terms always have a clause that says the terms can change at any time, and that those terms are not law.

So, while I am angry, frightened and sad by what we’ve seen with the echo chambers and the misinformation and outright lying, leaving it in the hands of 'terms of service' is exactly what we should not do – we need clarity, not arbitrary ToS violations.

I always say we define rules so we know when we’re breaking them. It’s okay to break the rules sometimes, it’s part of civil disobedience and it’s part of growth and discovery. But we define those rules so we know when we’re breaking them. I honestly feel that a lot of people don’t realize how far beyond reasonable discourse the rhetoric has gone. And that’s because we don’t have clear rules to operate under. A clear set of rules, that we all follow, not just one company’s Terms of Service, means small, innovative companies know where they stand when using platforms like AWS, they can reference a body of law, not constantly review the ToS for the half dozen providers they need to make their venture work.